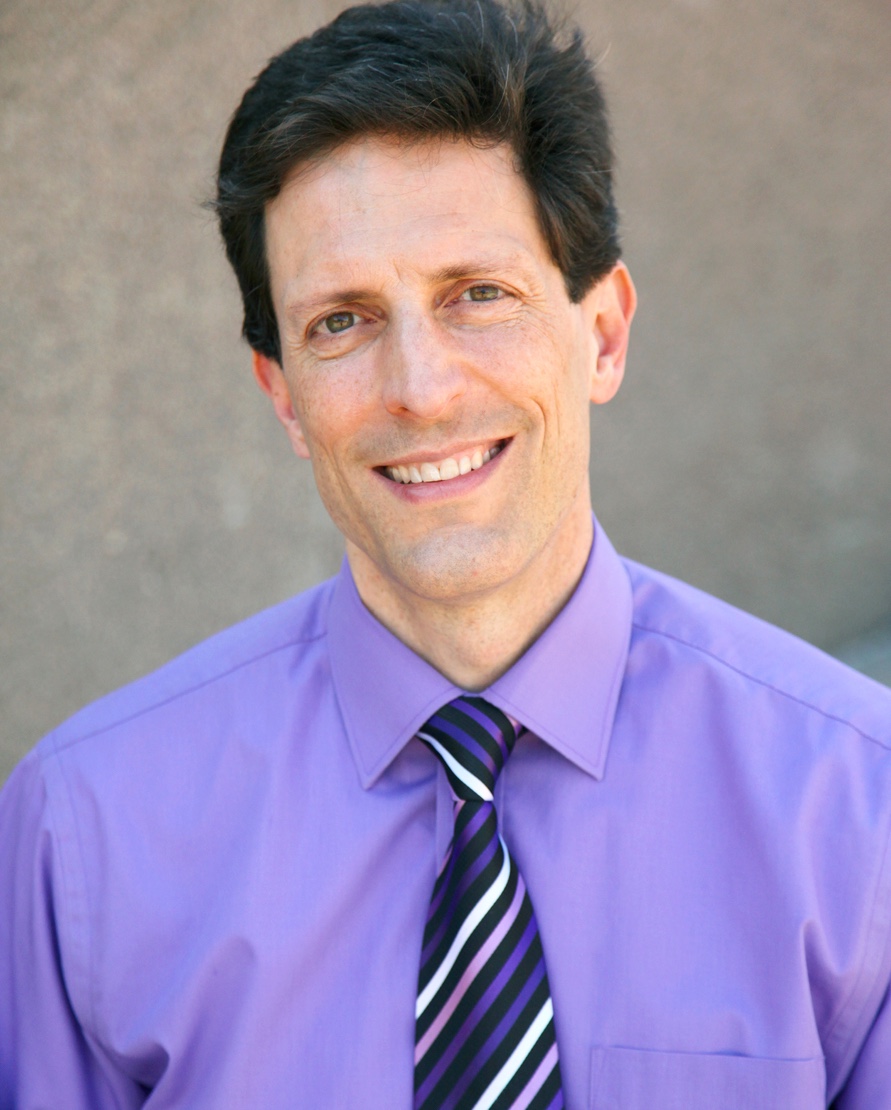 After recovering from a career-threatening injury, Fred Karpoff continues to develop his multi-dimensional approach to piano teaching and technique through a wide range of experience. Initial mentoring by Yoheved Kaplinsky helped him rethink his approach to piano playing–which now combines elements of Tai chi, the Alexander Technique, and the Feldenkrais Method® with the work of many piano pedagogues, past and present. A master clinician, Fred is highly sought-after for workshops throughout the world. He guides teachers and students toward more efficient, healthful, and expressive piano playing as Artistic Producer of Entrada Piano.

An international Steinway Artist, Fred has performed as both soloist and collaborative pianist in China, India, Ghana, Zimbabwe, and throughout North America and Europe. As guest artist at major music festivals in the U.S. and Europe, he has collaborated with many of America’s foremost musicians. With a Doctor of Musical Arts from the Peabody Conservatory, he has been fortunate to study with Ann Schein, Leon Fleisher, and Robert Weirich, and to have had extensive coachings with Karl Ulrich Schnabel and Richard Goode.

A former USIA Artistic Ambassador, Visiting Professor at the Eastman School of Music, and current Professor of Piano at Syracuse University, he was named the winner of MTNA’s Frances Clark Keyboard Pedagogy Award for3-D Piano: The Three-Dimensional Pianist.

More than thirty years ago, I was a graduate student at the Peabody Conservatory. At the end of a grueling academic year, without papers to write or students to teach, I greedily devoured big repertoire like it was going out of style, practicing for six or more hours a day. After two weeks, I began to feel fatigued at night. My arms felt hot and sore. But this was still the era of “No pain, no gain,” so I figured this had to be a sign that my hard work was paying off!

Then one morning, after only fifteen minutes at the piano, I felt a sharp, searing pain on the underside of my arm, and stopped playing right away. I rested for a few days and tried practicing again, but the pain immediately returned. The same thing happened each time I rested and tried to resume my work.

A specialist at Johns Hopkins Hospital gave me the bad news: I had tendonitis, synovitis, and myositis in my arms and, later, bursitis in my shoulder. He prescribed anti-inflammatory drugs and recommended that I take up swimming. I took two blue pills and swam a half-mile a day for two weeks. This helped some but the pain returned as soon I resumed practicing. I stopped again. This time I was really down. Was this the end of my music career? 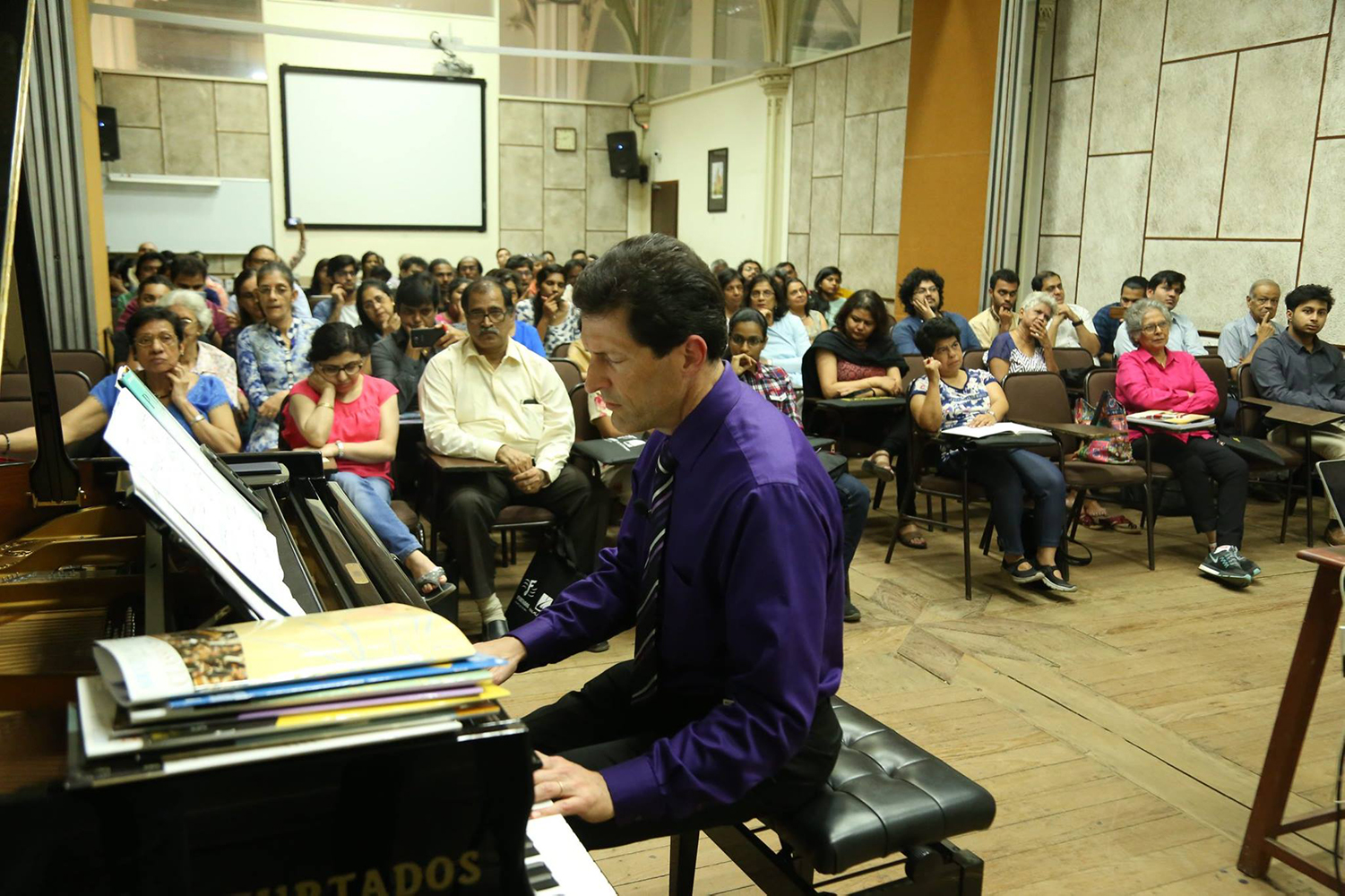 A few weeks later, during a routine vision exam, my eye doctor asserted that postural problems tend to precede vision problems. He suggested I meet with a Feldenkrais® practitioner to deal with these issues. The Feldenkrais Method® helps clients develop their sensory skills and promote more efficient, agile body movement. Indeed, this helped me improve my posture and the quality of movement throughout my body. Around the same time I met a new instructor at Peabody, Julian Martin, who had been reexamining his own piano technique under the guidance of Dorothy Taubman. Over the course of a month, Julian patiently tutored me on very basic pianistic movements. My progress was steady but slow; I still worried that I might reinjure myself. And focusing repeatedly on the C Major scale and simple rotary movements was pretty dull–I yearned to play real music again, without pain or fear.

After a few more months of working on my own, Julian introduced me to Yoheved (“Veda”) Kaplinsky, who showed me a systematic way of understanding the faults in my technique. Time and again, Veda demonstrated why I experienced specific pains. She offered alternatives that dramatically changed my approach to the piano, including new ways of listening and responding to music. I was grateful to return to inspired artistic study with Ann Schein and Leon Fleisher and soon began playing professionally. Veda accepted a position at Peabody and I completed my final semester at Peabody with her as my major teacher, and it was my great good fortune to study with Karl Ulrich Schnabel in the lead-up to my doctoral comprehensive and oral exams, incorporating new input on balancing resonance and clarity with artistic pedaling and a wide range of other artistic insights.

Emerging from those dark days at Peabody, I not only became healthy again, but also grew as a musician. I learned to explore new sound possibilities and express myself more fully. In many ways, however, my journey as an artist and teacher was just beginning. 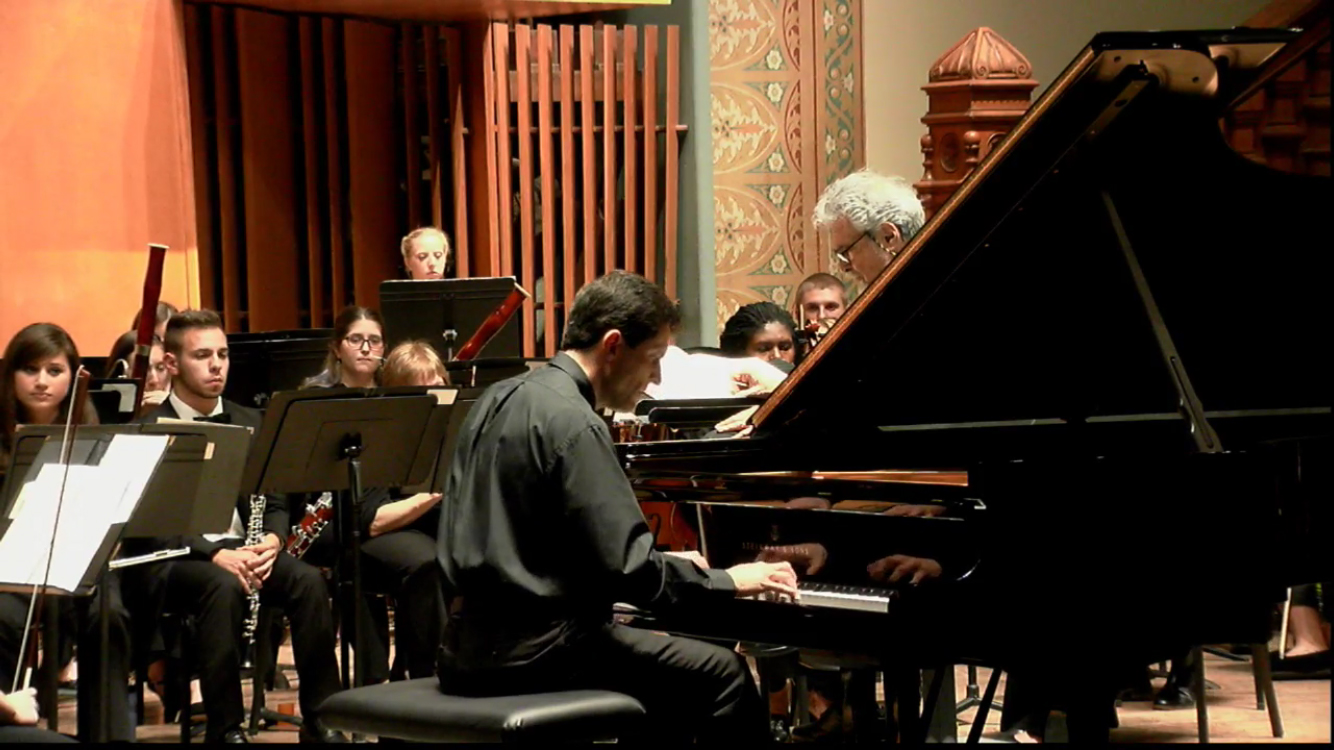 As a young university professor, I encountered a wide range of challenges in helping students of many levels to play better. Whether it was the beginning student in piano class or the piano major working on virtuoso repertoire, the concept of three-dimensional movement quickly emerged as a constant theme to address the challenges I and my students faced together. Though my developing views were at odds with many of the prevailing teaching paradigms of the past two hundred years, the results for students at all levels were consistently positive. My studies of Tai Chi and the Alexander Technique inspired more insights on integrating three-dimensional principles at the piano, including mobility in the hips, and the cycling motion of the vibrato technique and trills.

Over several years, I was privileged to have a series of extensive lessons with Richard Goode, whose artistic insights into music of Schubert, Beethoven, Schumann, Chopin, and Mozart were revelatory; Mr. Goode’s powerful imagination combined with penetrating demonstrations produced new technical tools to express myself more deeply. Later still I resumed lessons with Leon Fleisher, which ultimately led to a rich collaboration with him conducting me and my university’s orchestra in a performance of the Brahms D Minor Concerto. Mr. Fleisher’s approach to technique, sound, and pedaling had evolved tremendously from my student days, and he generously and enthusiastically shared his latest discoveries, with the same sharply-attuned ears as ever. Around the same time, Seymour Bernstein agreed to work with me and fired my imagination in new and exciting ways, particularly by enlightening me on the true meaning of hairpins as well as Chopin’s pedal markings. 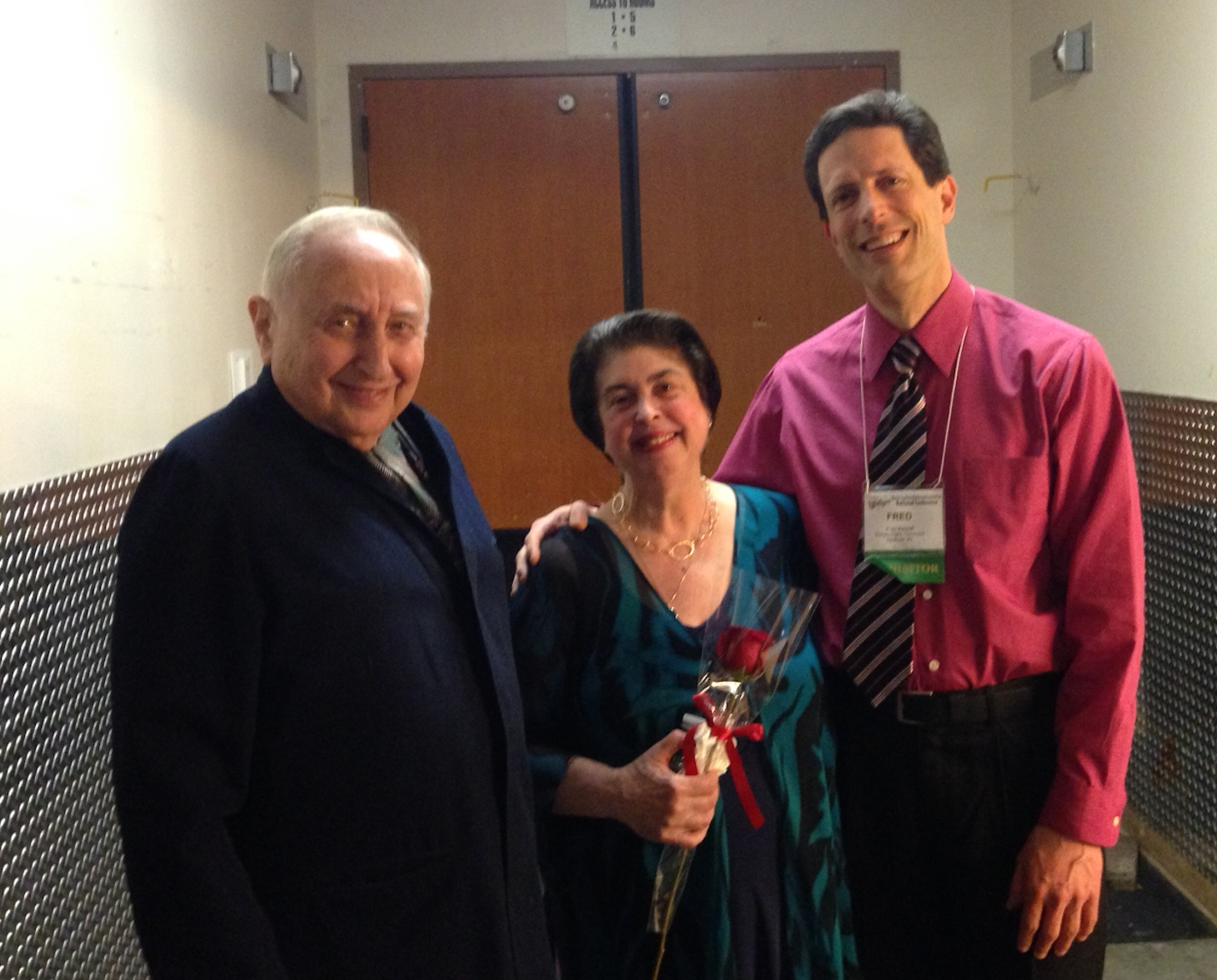 As I reflect, I am increasingly aware of my good fortune to work with, and learn from, many musicians who have influenced me. Private and masterclass sessions with prominent pianists, singers, and string players, including Murray Perahia, Menahem Pressler, Lazar Berman, Carol Webber, Janos Starker, Michael Tree, Franco Gulli, and Earl Carlyss provided invaluable insights which have been synthesized into my pedagogy. Playing professionally with many outstanding partners has infused a chamber-music ethos into my life’s work that is central to my playing and teaching of solo piano as well. There is an inseparable link between artistry and technique that I espouse at every moment: although we often need to isolate technical gestures to fully understand whole-body movement, it’s only through a profound integration of movement and artistry–grounded in rich and varied piano sound–that the study of technique holds true meaning.

Entrada Piano is not a one-size-fits-all method. Pianists apply these concepts to fit their hand size, body, technical level and playing style. In Skills videos featuring students, note that each one applies Entrada concepts in their own way. Summary reviews, musical examples, and marked scores that accompany Masterclasses help guide your experience and invite you to adapt these principles to your work at the piano in everything you play, so that your music flows effortlessly with your enhanced coordination. And Insights provide targeted instruction on problem spots in repertoire and other responses to members’ questions.

I hope Entrada will bring you what three-dimensional playing has given me – the means to discover new and rich pathways of expression while enjoying a physical approach that promotes freedom, longevity, and health in the body.

We're sorry, but Entrada is not available on smartphones. Sign up on your tablet or computer.